Talk & Translate is an essential voice and text translator that allows you to communicate anywhere in the world. 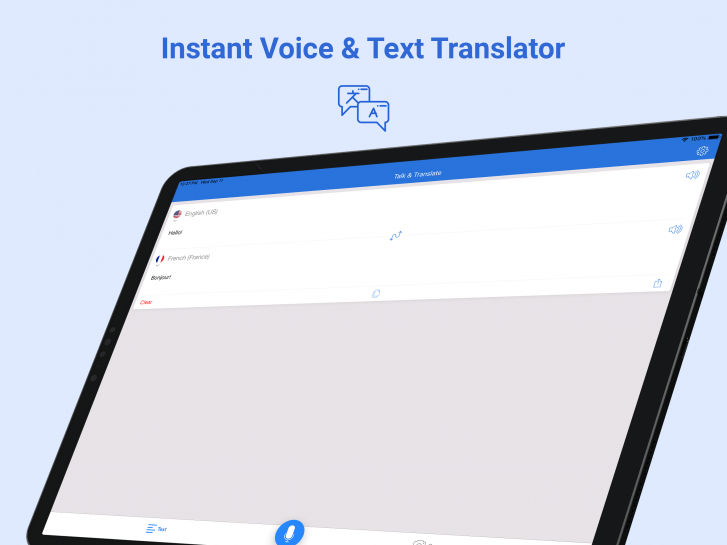 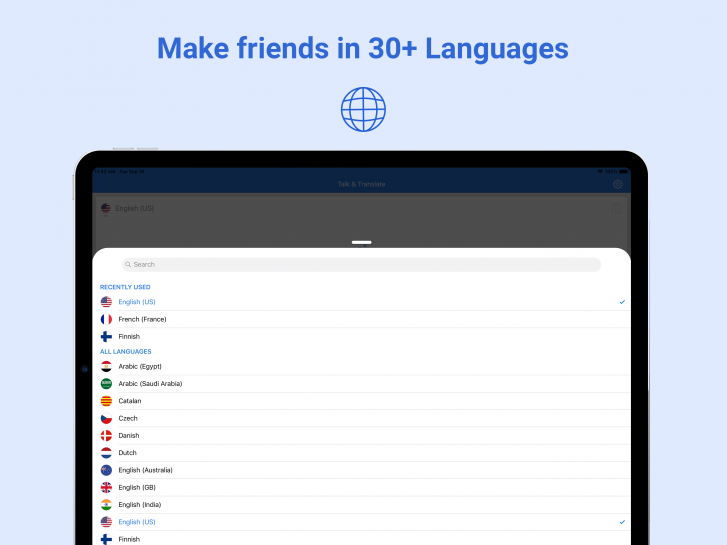 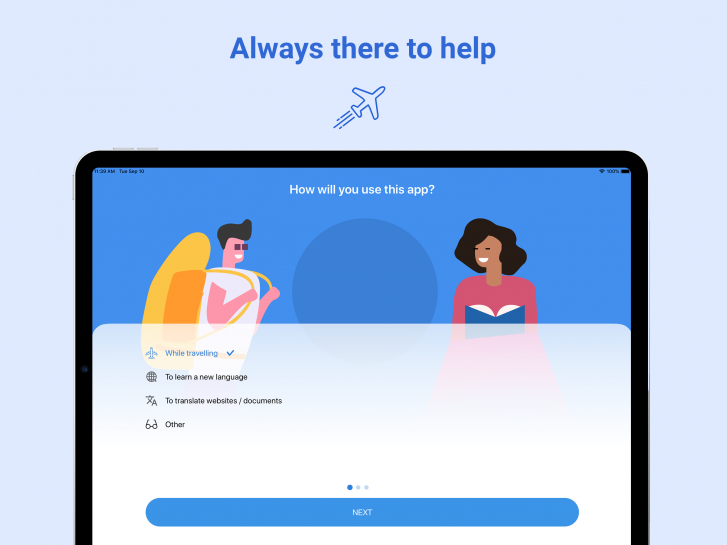 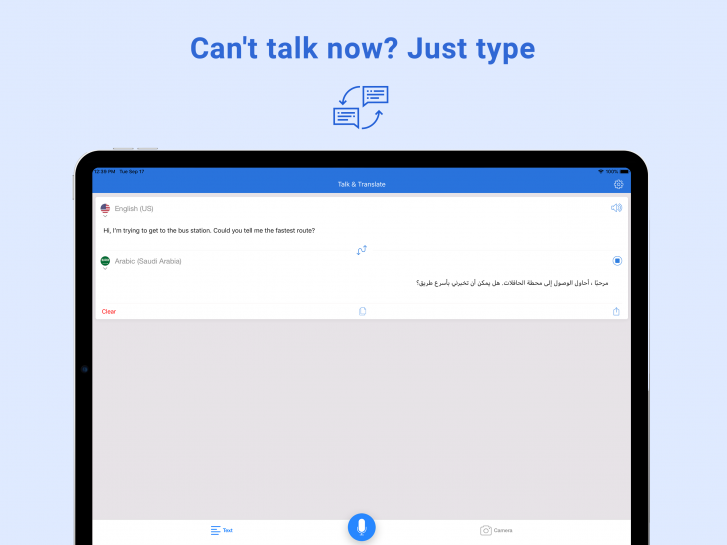 INTUITIVE USER INTERFACE
Don't waste time going through menus with an easy interface loaded with a practical set of features.
• Input – Translate via speech, typing, or pasting any text.
• Multitask – Translate while working in other apps via the Split View function on iPads.
• Share – Exchange words, phrases, or entire conversations via e-mail, SMS, or other sharing apps on your device.
• Pick a voice – Hear your translations in a male or female voice.
Note: Talk & Translate Free requires an active internet connection. The Offline mode allows work without an internet connection only for some languages.
PREMIUM SUBSCRIPTION BENEFITS
Upgrade Talk & Translate to get all the features.
• Unlimited voice-to-voice conversations
• Unlimited camera-to-text translations
• Offline mode for translation without internet
• Ad-free experience
Download free