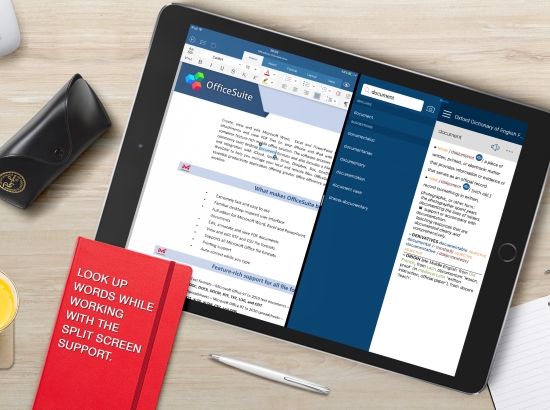 SAN DIEGO, April 2016 - The leading mobile app publisher and developer MobiSystems, together with Oxford University Press, are proud extend their lineup of FREE mobile language apps for iPhone and iPad.  Following the success of Oxford Dictionary of English FREE—now a top rated app on the App Store—MobiSystems is extending its range of the most popular bilingual Oxford dictionaries with six more FREE dictionaries.

Casper Grathwrohl, President, Oxford Dictionaries, says, “We are delighted to work with MobiSystems on this project. It will allow users across the world to access the latest language updates from our renowned language research programme wherever they are and at any time, as well as give users the chance to engage and learn with Oxford Dictionaries.”

MobiSystems has been cooperating with Oxford University Press since 2003. The partnership has led to over 190 published mobile applications for multiple mobile devices and operating systems.

About MobiSystems: MobiSystems, founded in 2001 and entirely privately held, has been a leading provider of mobile productivity and business apps for over 10 years. As the developer of the award winning mobile app OfficeSuite, MobiSystems serves over 200 million individual and enterprise users in 205 countries. It is a Google Play Editor's Choice, and the top app in the business category with over 350,000 reviews. OfficeSuite is also PC Magazine's Editor's Choice and InfoWorld's Best Office App for Android.