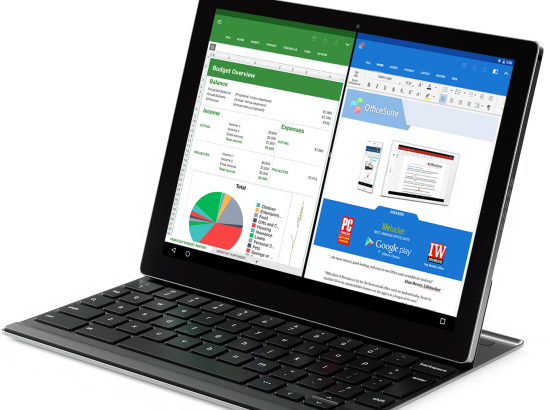 SAN DIEGO, March 2016 – As the leading mobile office with over 200 million users, OfficeSuite continues to lead the way as the first office editor set to feature split screen multitasking for both Android and iOS. MobiSystems, the developer behind OfficeSuite, is one of select early adopters working closely with Google to support the anticipated multi-window feature in Android N.

Multi-window support in Android continues to blur the lines between desktop PCs and tablets, helping OfficeSuite redefine what you can do when it comes to mobile productivity. Multi-window for Android N, set to arrive in April, will allow users to open and edit multiple office documents at the same time, just like on a desktop PC.

MobiSystems is no stranger to the benefits of split screen productivity, as OfficeSuite for iOS has implemented Apple's Split View multitasking since its debut in iOS 9. Coupled with complete iCloud integration, Apple Watch support, and PDF conversion options, OfficeSuite for iOS has enjoyed increasing popularity among document editors in the App Store.

OfficeSuite is proud to lead the charge when it comes to getting work done both in and out of the office. With OfficeSuite on devices like the Google Pixel C and Apple iPad, you'll be able to do more, in more places than ever before.

Look for OfficeSuite on Android N devices with multi-window support coming soon, and on your iPhone and iPad now!

Availability
OfficeSuite is the leading business app on Google Play, and is also available for iPhone and iPad on the Apple App Store.

About MobiSystems
MobiSystems has been an industry-leading developer of business and productivity applications for mobile devices since 1997. MobiSystems products are found in devices from top manufacturers like Sony, Amazon, Sharp, Alcatel, Toshiba, Acer, and more. Through ground-breaking software design and innovation, MobiSystems serves over 200 million users across 205 countries.